Back then in August, our world of cinema has just lost one of the best and talented actors this year. We are all familiar with the name Chadwick Boseman, right? Chadwick was the main character in the Black Panther movie that was successfully dominated the movie charts when it was first released. Chadwick Boseman’s name then began to skyrocket and began to be admired by a lot of his fans, but little did everyone know, Chadwick is not a new name to the cinema world. His career began in 2003, where he played a character in a television series called Third Witch. Then, in 2008, he made his feature film debut, entitled The Express. During his life he has starred in dozens of movies and always managed to portrayed the best of the character he plays.

Unfortunately, this man whose real name is Chadwick Aaron Boseman passed away on August 28 at the age of 43. It is known that the cause of the King of Wakanda’s passing was due to colon cancer, which he had fought for the last 4 years. This tragic fate made his fans all over the world mourn. They feel that they have lost the figure of The King Wakanda.

Chadwick always shows his totality in acting. He ensouled every character that he played. The character that impresses his fans the most is his role as T’Challa in the Black Panther movie, but his talent in acting was not only seen when he played T’Challa. Apart from Black Panther, these 4 films are proof that Chadwick Boseman is a timeless talented actor.

This movie tells about the biography of singer a famous soul James Brown, played by Chadwick very well. In this movie, Chadwick manages to enter the character James Brown who is one of the most influential musicians in the world. When watching this film, Chadwick’s acting talent will make you really feel like seeing the real James Brown firsthand struggle in his musical career until he becomes the king of world soul music.

The Gods of Egypt movie tells fictional story of the gods of ancient Egypt with full of action. Even though his presence in the film Gods of Egypt was criticized, Chadwick really succeeded in playing an Egyptian god named Thoth. Lord Thoth is described as a very wise god.

42 is Chadwick’s third debut in the movie industry. For those of you who is a sport junkie, especially baseball, you must know this movie. 42 tells about the life of a baseball player icon named Jackie Robinson who is the first African-American player in Major League Baseball. This movie is filled with conflicts of racism that Jackie must face in order to be the Major League Baseball team. 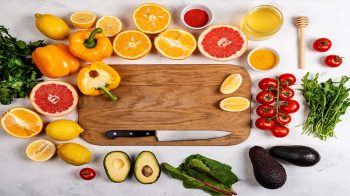